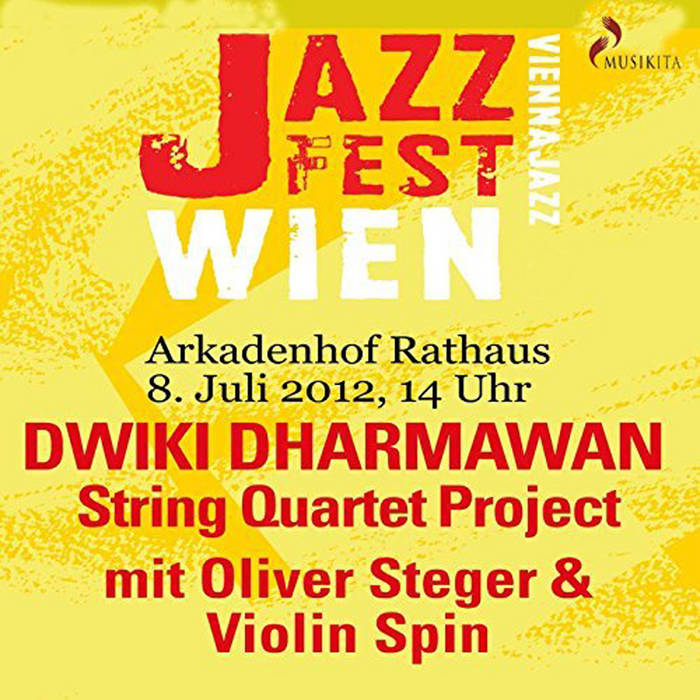 Available ONLY in DIGITAL format. This performance was only released on DVD and in Indonesia only, and is out of print.

Dwiki Dharmawan, one of the most famous Indonesian and Asian pianist and composer who creates jazz influenced by the traditional music of Indonesia is accompanied by Oliver Steger (contrabass) and the Violet Spin String Quartet featuring Lukas Lauerman (cello), Judith Reitner (viola), Paul Dangl (violin) and Irene Kepl (viola)