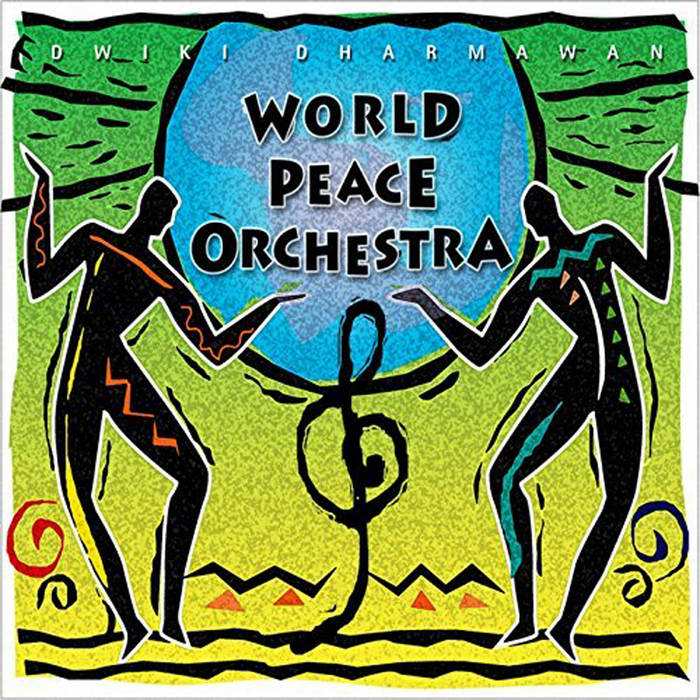 Carsten Pieper Again (see Bani Ahead), checking the MoonJune back-catalog, and finding this item by Indonesian keyboard master Dwiki D. I thought, that an album with "World Peace" in its title would be a perfect fit in this crazy times.
The WPO delivers large-scale, multi-cultural fusion with varying (in origin as well as degree) "ethnic flavour" of an, all in all, very uplifting nature. Favorite track: The Spirit Of Peace.

The World Peace Orchestra (WPO) founded by Dwiki Dharmawan. The rich cultures and traditions from many musical background are an inexhaustible source of inspiration and creativity especially on desire to explore various music tradition and local wisdom that have a unique voice and imagination that the world needs to hear. Dwiki created this WPO albums to communicate to people across the boundaries of time, nationality, race and gender through music. - Keyboards Magazine, USA (2008)